ABOUT THE YMCA WORLD COUNCIL

The World Council meets every four years and is the highest decision making body of the World Alliance of YMCAs.

The first World Council convened in 1855 with 99 delegates representing nine countries. On July 8th 2018 the World YMCA looks forward to hosting as many as 1600 delegates from around the world. The World Council is “responsible for setting the policies and direction of the World Alliance, electing its Officers and Executive Committee, evaluating the work of the last four years, and deliberating on priorities for the next quadrennium.”

The World YMCA team, headed by Secretary General Johan Vilhelm Eltvik, has visited Chiang Mai, Thailand to commence preparations. “Chiang Mai is going to be a wonderful venue for the World Council. The Chiang Mai YMCA are amazing and the city is vibrant, alive and fresh. We have new 4 star accommodation and meeting facilities and the full support of the city.”

The YMCA World Council theme is dedicated to our global focus and long-term vision of Empowering Young People.

“Youth Empowerment 4 Good” is an ongoing commitment to our “4” long-term strategic focus areas: employment, health, environment, civic engagement. “4 good” is a confirmation of ‘forever’ and ‘for good works’: the result of our collective impact.

This World Council theme builds upon the history of the YMCA and adds to its future: “Youth Empowerment 4 good.” The World Council meeting will be a celebration of hundreds of YMCA Change Agents who are the leaders of today and tomorrow. As Johan says, this World Council is the opportunity to be creative and to innovate new ways to empower more youth … for good works and forever. Empowering young people is in the DNA of the YMCA global movement – and always will be.”

Building community:
All participants will become part of a global group work group of about 15 people who will work together throughout the World Council. The experience at the 18th World Council proved very successful for developing deep engagement in the programme and a sense of belonging to a worldwide fellowship. The groups will discuss/debrief key issues around the strategy of the World YMCA movement.

There is also a selection of before and after events. Before World Council we have the YMCA World Mission Conference, and afterwards there is a range of local post-event tours you can register for here.

Chiang Mai is a vibrant and active city that welcomes the world with open arms. It is also home of the wonderful Chiang Mai YMCA. Delegates will receive a warm welcome to Chiang Mai from the YMCA and we also have the full support of the city as we meet in new 4 star accommodation and meeting facilities.

Founded in 1296, Chiang Mai is a beautiful cultural and historically interesting city. ‘City’ is chiang in the northern Thai dialect while ‘Mai’ is new, hence Chiang Mai or ‘New City’. Chiang Mai's historical centre is the walled city and sections of the wall dating to their restoration a few decades ago remain at the gates and corners.

In the last 25 years’ tourism has gradually transformed Chiang Mai into a traveller’s paradise while maintaining its provincial charm. Travel and Leisure Magazine (USA) readers selected Chiang Mai in the top ten ‘Best Cities in the World (2013)’ and third best Asian City. It has also become a popular destination for international conferences with the cities 26,000 hotel rooms and several conference facilities. 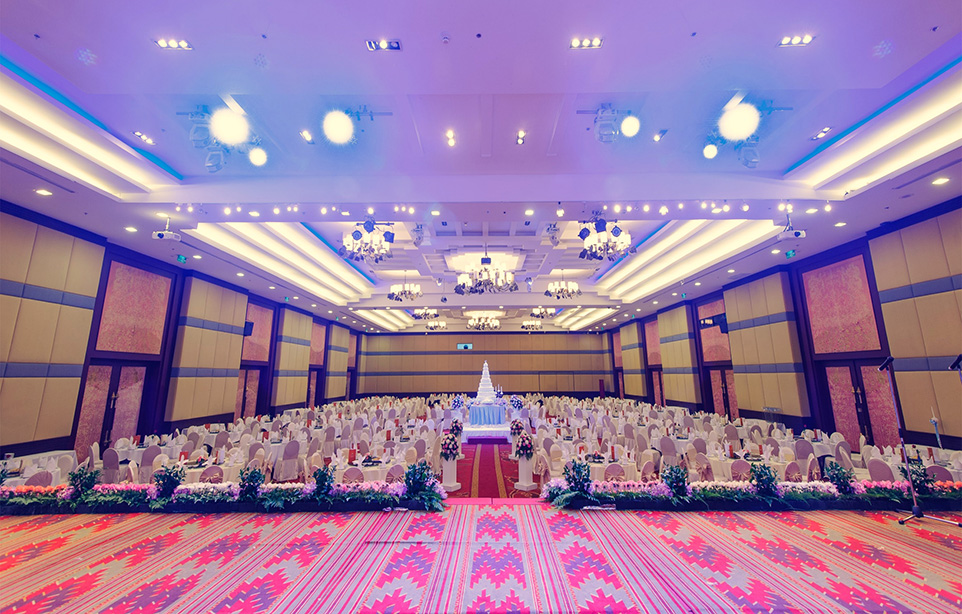 Travel Links
Chiang Mai has an international airport with modern facilities and a short 15 minute drive to the city. Travellers can arrive either via Bangkok (52 flights each day from Bangkok to Chiang Mai) or directly from many Asian cities including Singapore, Seoul, Kuala Lumpur, Yangon, or Hong Kong.

Security
Chiang Mai is a peaceful city and has not been affected by any security issues, even though Thailand’s southern capital city has experienced some political demonstrations in the past. There are no “do not travel “security warnings issued by any country to Chiang Mai that we are currently aware of.

The present Thai government is very stable and committed to ensure safety and security. There is a steady growth of tourism in Thailand and 29 million foreign tourists visited in 2015. 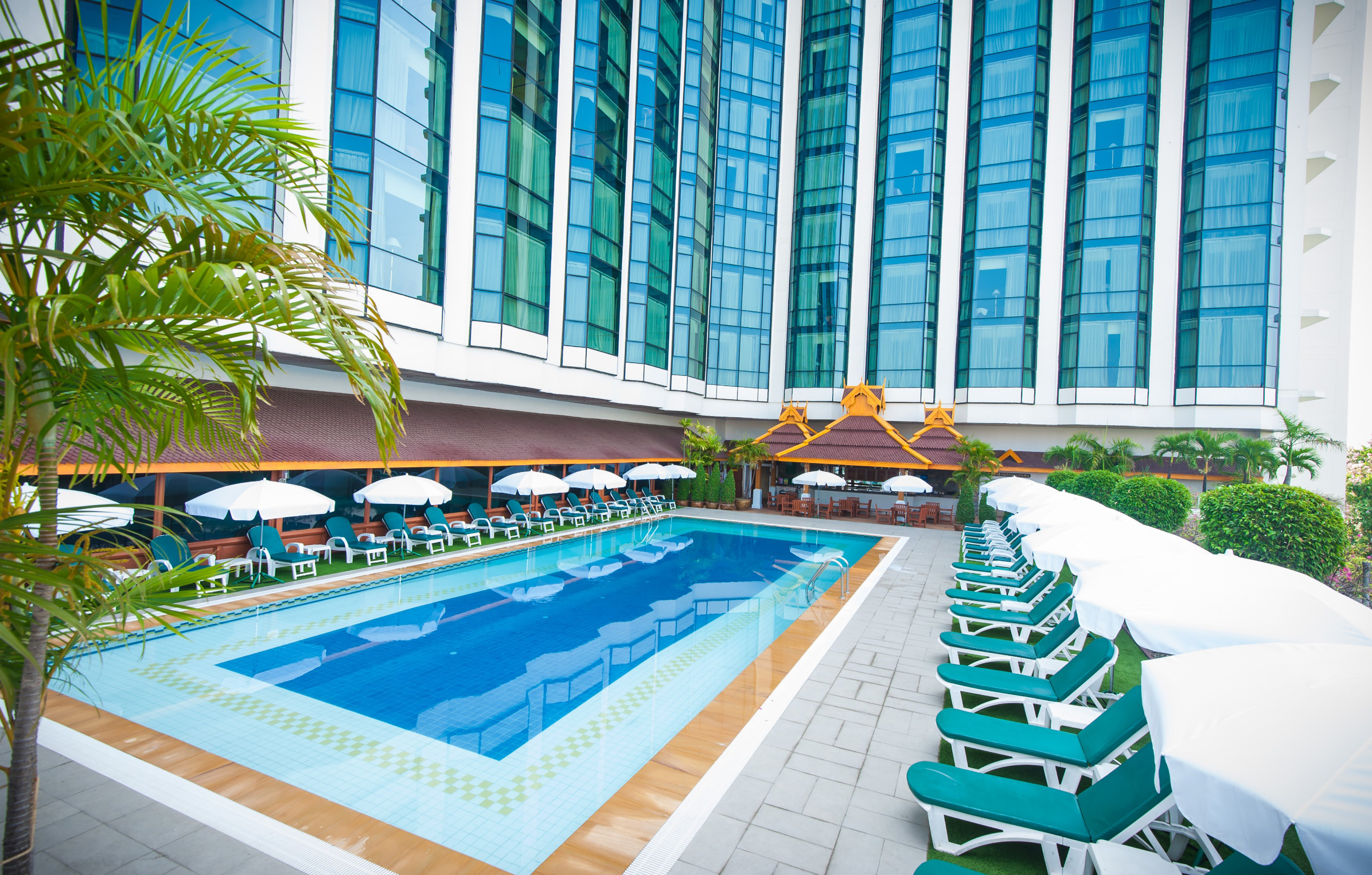 Visas
The visa policy of the Kingdom of Thailand is relatively easy. 52 countries are exempt from visa requirements and 19 countries are eligible to get visas on arrival.

Participants from other nationalities are required to submit visa applications at Thai embassies in their country or the nearest country where embassies are located. The YMCA of Chiang Mai has agreed to provide the necessary visa invitation letters to participants and to assist with other facilitation service for obtaining visas for all participants.

Click the following links to learn more about Chiang Mai or its surrounding attractions.

The venue is the Empress Convention Centre, located in the centre of Chiang Mai City. Catering for over 1,500 guests the Convention Centre is attached to the Empress Hotel, which is equipped with 375 rooms. There are a number of additional hotels located within walking distance (300 to 600 metres) that we will also use; The Duangtawan Hotel and the Suriwongse Hotel. YMCA Change Agents will be at the Lanna Palace 2004 Hotel. The Empress Hotel and Conference Centre were the venue for the 17th General Assembly of the APAY in 2007. 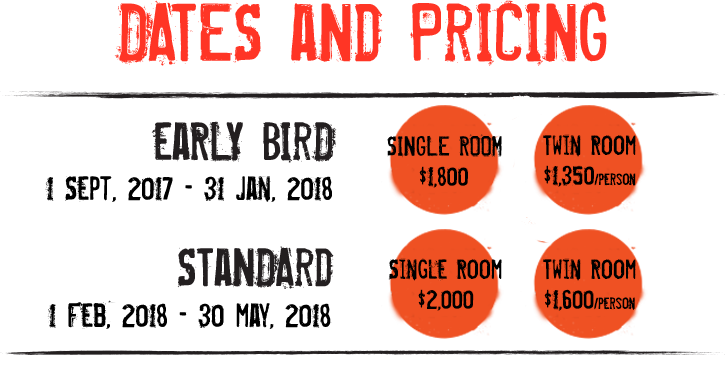 (i) All prices in US dollars
(ii) Check in is Sunday 8th July, check out is Saturday 14 July
(iii) Existing Executive Committee members should arrive on 7th July for attending a meeting
(iv) Candidates for Officers and Executive Committee should plan to attend an afternoon meeting on 14 July

GET IN TOUCH WITH US

How can I find out if I need a Visa for Thailand?

Visa information can be found at the Thai Embassy website: http://www.thaiembassy.com/thailand/thailand-tourist-visa.php

What is the process for obtaining a Visa on arrival?

Visa on arrival information can be found at the Thai Embassy website: http://www.thaiembassy.com/thailand/visa-on-arrival.php

How do I apply for an invitation letter?

This will be included in your registration requirements.

How do I get from the airport to the World Council venue?

Based on your advice of flight details in your registration a shuttle service will be available to and from the airport for delegates. The meeting and hotel venues are located just 20 minutes from the Chiang Mai International Airport.

How do I manage my bookings for changing arrival/departure dates?

This will be done within your registration details.

How far are the hotels from the meeting venue?

The venue is a short walkable distance from the hotels and guidance will be provided by the YMCA volunteers at each hotel.

Can I book rooms for before and after the World Council?

Yes, this can be done within your registration requirements.

What are the check in/out times?

The standard check-in time at all the hotels is 2.00pm. Early check in is possible only if rooms are available at the hotel.

What are the arrangements for meals?

Breakfast for delegates will be at their respective hotels. All other meals are at the Convention Centre (with the exception of dinner on the excursion day which will be included in the excursion).

What time can I register at the Convention Centre?

Registration will commence for registered delegates from 11.00am on 7th July 2018 at the Empress Convention Centre.

What time does the programme commence?

What will the weather be like in Chiang Mai in July?

“July is low season in northern Thailand; cloud cover in the rainy season cools the weather in Chiang Mai but you also get plenty of sunshine in between the showers. It remains hot, though could be cloudy and warm for days.” It is advised to bring an umbrella and hat.

What is the currency in Chiang Mai?

Where can I learn about the Chiang Mai YMCA?

Here is the website for our wonderful YMCA of Chiang Mai: hhttp://www.ymcachiangmai.org/